MobileMuster, Australia’s government accredited mobile recycling program, has revealed the significant progress it has made in positively impacting the environment over 21 years with the release of its 2019 Annual Report. Since 1998, the program has collected and recycled nearly 1,500 tonnes of mobiles and accessories, comparable to the weight of 250 African elephants, including over 14 million handsets and batteries.

Through the program’s recycling processes, over 95% of the material from mobiles and accessories are recovered and used in the manufacturing of new products, reducing the need for virgin materials. All the metal, glass and plastic in mobile phones have the potential for a second life.
Spyro Kalos, Manager of MobileMuster, says:

“The greatest environmental benefit of recycling our mobile phones is the conservation of energy and natural resources and the reduced pollution as a result of using recycled material.”

What makes mobiles so unique, compared to other waste, is that they are highly valued from a recycling perspective due to the strong markets for the commodities recovered from mobiles. Our aim is to achieve zero waste to landfill, that means no mobiles will be disposed of in the general waste stream, ensuring all components are recycled to the highest environmental standards.

Mobile phones have enabled the convergence of many different technologies, replacing many other devices such as cameras, music players and even books. They have also become an essential part of Australians’ everyday lives with nearly nine out of ten Australians owning a smartphone and spending an average of three hours every day on their device.(1)

More Australians than ever are now aware that they can recycle their mobile phones through our program, but we have more to do in helping mobile phone users overcome the barriers to reuse and recycle. The program’s success comes from the collective efforts of our partners and communities. We are committed to maintaining a high level of awareness and transparency in the recycling process to get more people recycling through MobileMuster. 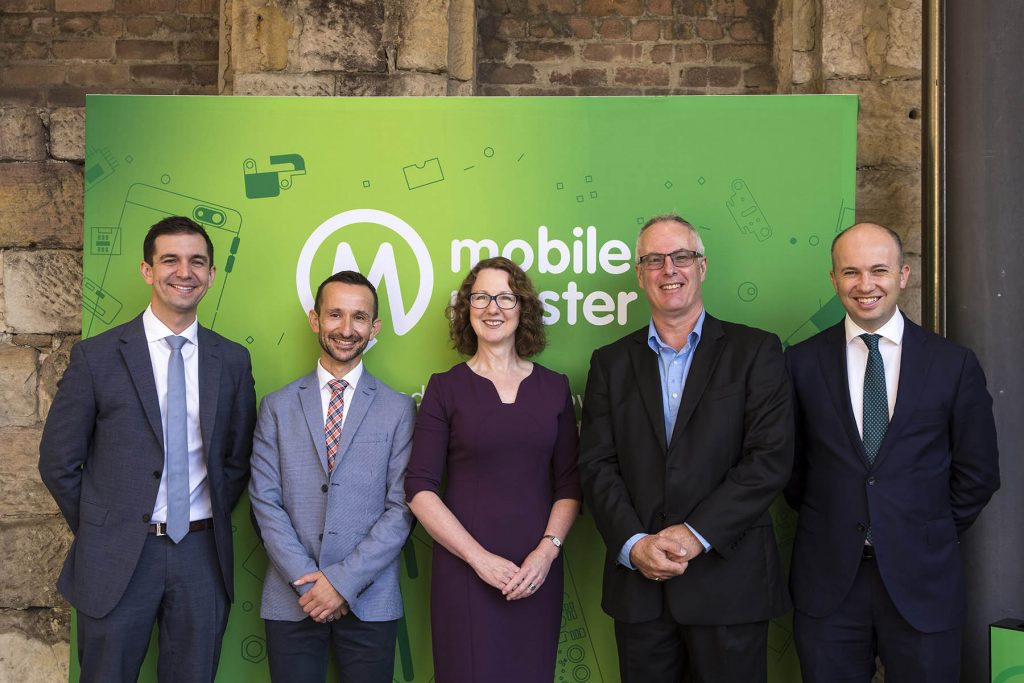 On Thursday, 31st of October, MobileMuster celebrated its 21st anniversary at The Mint in Sydney. The celebration was attended the Hon MP Trevor Evans, Assistant Minister for Waste Reduction and Environmental Management, Jane van Beelen, AMTA Chair and Telstra’s Executive Director of Regulatory Affairs and the Hon MP Matt Kean, NSW Minister for Energy and Environment.